Rowers from other clubs are welcome and encouraged to participate. The emphasis is on fun rather than serious competition. This regatta is best suited for rowers who normally don't compete in regattas. Typical participants will be:

Races are conducted on a 500 metre course offshore from Panorama Park. The course is not buoyed. There is room to race 4 or 5 boats abreast, but only 2 or 3 boats race at any one time. 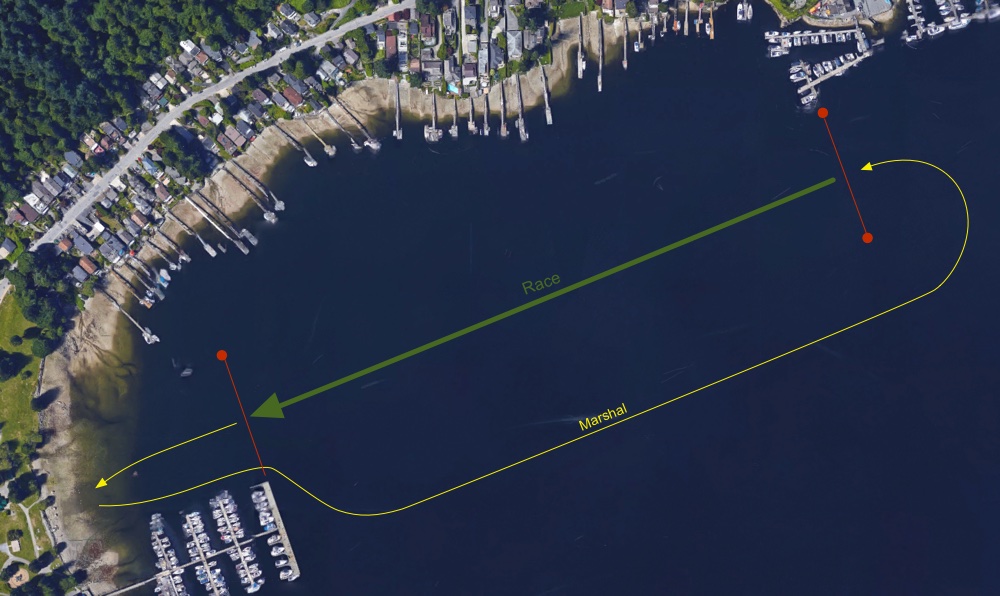 Rowers enter as teams of 4 - 6 male and/or female rowers. The 1 or 2 extra rowers can rotate in to replace tired rowers between races. For each race, there must be at least one female in the crew.

Each race is between 2 or 3 teams.

Starting in 2017, a simple handicapping scheme is being introduced. Handicapping will adjust scores based on age and gender.

All boats are launched from the beach in Panorama Park. Boats return to the beach after a race.

Races are conducted under the Rowing Canada rules of racing. Rowing Canada umpires will officiate if there are three or more visitor clubs participating.

All teams participating in the Community Challenge program are automatically entered. Their regatta fees are covered by the program fees.

Other clubs wishing to enter teams should contact our head coach at info@deepcoverowingclub.com or 604-929-4510. The entry fee is $20 per rower. This includes a Rowing BC fee.

The quad sculls are normally supplied by the Deep Cove Rowing Club. All sculls are placed in a pool that is drawn from for each race. Sculls are not assigned to teams.

Depending on the number of teams entered from visiting clubs, visiting clubs may be asked to supply a few quad sculls for the pool to ensure that there are not large delays between races.

The regatta is held at Panorama Park in Deep Cove. There is lots of room for family and friends to watch the racing. Rowers race directly towards the park. The finish line is just offshore.

The regatta is held in the morning. We are usually finished by early afternoon. There are lots of cafes and restaurants nearby. There are washrooms with showers in the park.

A first aid service will be present in case of an injury.

Regattas are only possible due to the efforts of numerous volunteers. If you have some spare time, we would appreciate your help. Contact our head coach at info@deepcoverowingclub.com or 604-929-4510. We will provide any necessary training.